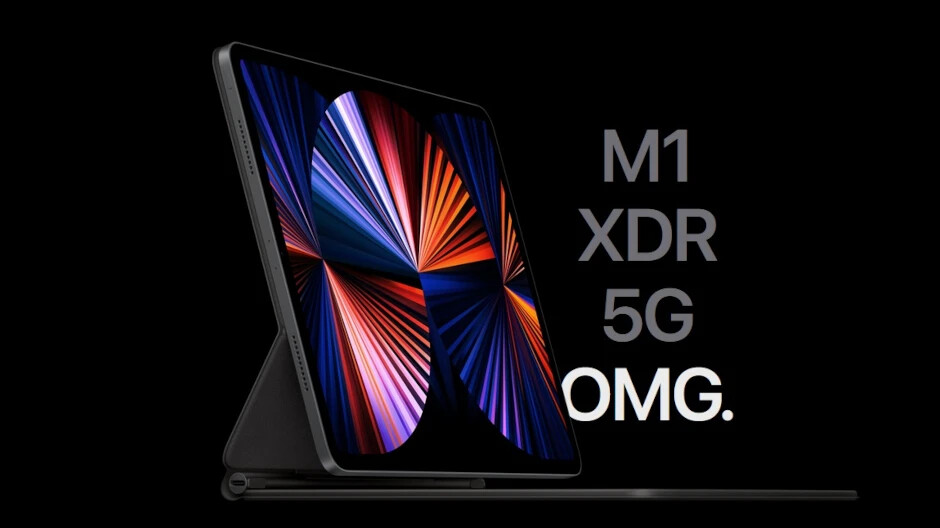 Apple opened preorders for the new iPad Pro models on April 30 and the tablets were expected to arrive on May 21. Delivery time estimates for the 12.9-inch model started to slip shortly after pre-orders went live, Bloomberg reports.

The 11-inch and 12.9-inch iPad Pro were unveiled quite recently. They are powered by the home-brewed M1 chip and offer optional 5G connectivity, Thunderbolt ports, and an upgraded camera system. The 12.9-inch iPad Pro features a mini-LED screen, which Apple has branded Liquid Retina XDR Display.

Mini-LED displays are reportedly more difficult to manufacture and this was already expected to cause supply issues initially.

Delivery times for almost all 12.9-inch iPad Pro variants have slipped to June 24 – July 8 in the US. The slate is available in two colors, five storage configurations, and Wi-Fi and Cellular options. It appears that the non-5G 2TB models will be the first ones to arrive.

The increase in delivery times could also be indicative of strong demand for the mini-LED iPad. Per an earlier report, Apple has asked its chip supplier to ramp up production of the M1 processor in anticipation of high demand.
The 11-inch models are still shipping by May. Pricing starts at $799 for the smaller model and $1,099 for the new 12.9-inch slate. On paper, the M1 iPad looks quite promising, and sure sounds like one of the best tablets around.
During a conference call with investors this week, Apple warned that a microprocessor shortage may affect the supply of iPads and Macs during the current quarter.

How to calibrate using Color Balance on Apple TV

A third of Basecamp’s workers resign after a ban on talking politics.

Samsung possibly working to ditch Android for a new OS