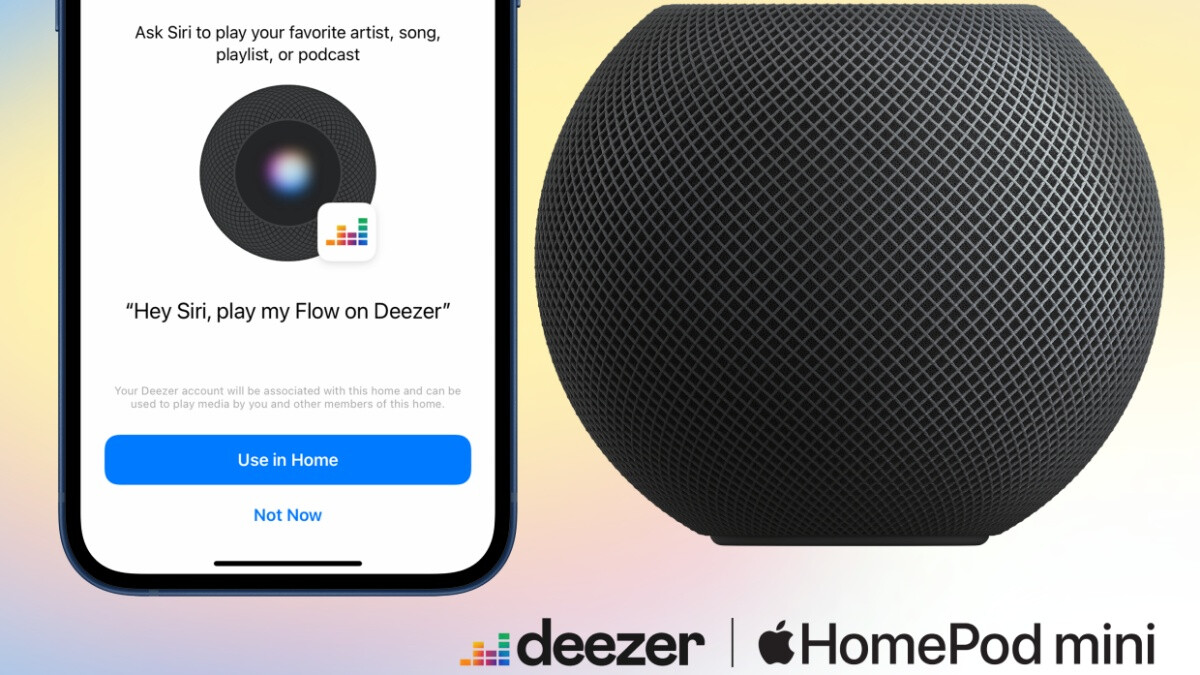 If you’re still wondering why the world’s largest tablet, smartwatch, and true wireless earbuds vendor, which also continues to battle Samsung for the global smartphone industry’s gold medal, remains incapable of competing against Amazon and Google in the smart speaker market, you need look no further than Deezer’s latest announcement.

That means you can finally (fi-nal-ly!) ask Siri to play individual tracks, albums, favorites, and playlists, as well as your very own personalized “Flow”, without lifting so much as a finger. Of course, you’ll have to first set Deezer as your default music service on your hot new HomePod Mini or OG HomePod, which shouldn’t be too difficult a task to complete in Apple’s official Home app.
Meanwhile, the Deezer app will allow you to effortlessly link your Premium, Family, or HiFi streaming account to your smart speaker from the settings menu, and if you don’t want to change your default music listening platform, you can simply end all your voice commands with “on Deezer.”
For instance, you can say “Hey Siri, play Bad Bunny on Deezer.” Or, if you have slightly better taste in music, you can say “Hey Siri, play Kendrick Lamar on Deezer.” Either way, you’ll need one of the aforementioned paid service tiers, as well as iOS 14.3 or above on your iPhone and the “latest software” on your HomePod or HomePod Mini, for everything to work nice and smoothly.
In case you’re wondering, Deezer is today officially joining a (far too short) list of HomePod-supported music streaming platforms also including the likes of Pandora, iHeartRadio, and of course, Apple Music. Unfortunately, Spotify, Tidal, and YouTube Music are still missing from said list, which explains (at least in part) the modest popularity of Apple’s Siri-controlled Echo rivals.

Pokemon Unite MOBA coming to Android and iOS in September

Leica just announced its own phone