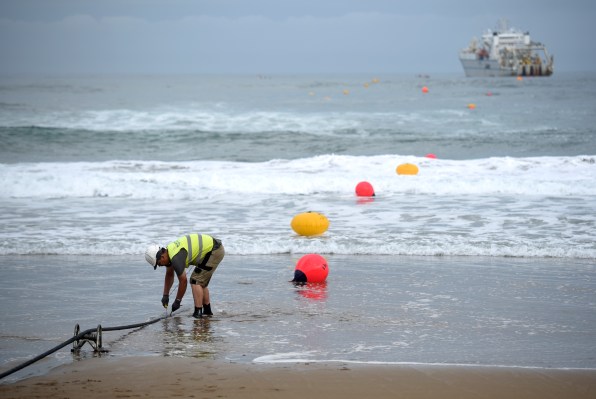 Facebook today announced that it would extend the “most comprehensive” subsea cable to serve the African continent and Middle East region to four more branches.

Facebook will do this in collaboration with the 2Africa consortium that includes China Mobile International, MTN GlobalConnect, Orange, STC, Telecom Egypt, Vodafone, and WIOCC.

The new branches are Seychelles, the Comoros Islands, Angola, and the south-eastern part of Nigeria. They join the recently announced extension to the Canary Islands.

Last year, Facebook announced the 2Africa project to lay 37,000 km (22,990 miles) of cables. These cables interconnect Europe, via Egypt, and the Middle East, via Saudi Arabia, and 21 landings in 16 African countries.

At the time, the involved parties said the 2Africa project would be completed either by 2023 or early 2024. And once live, 2Africa should be able to serve more than the total combined capacity of all subsea cables serving Africa at the moment. 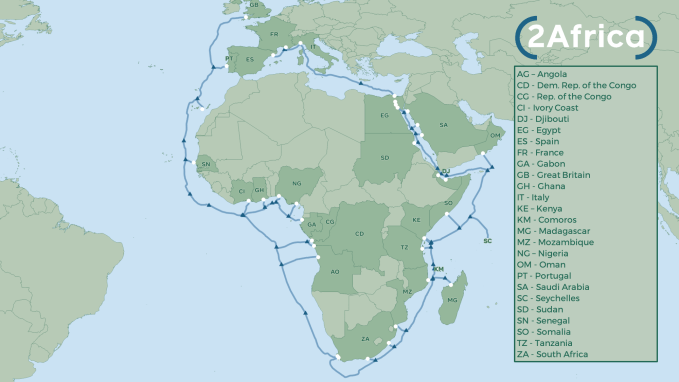 According to the company’s new statement released by the consortium, the plan is still to go live in late 2023. The consortium says 2Africa has made some progress as a big part of the subsea route survey activity is complete. The Egypt and Mediterranean Seas connections are almost complete as well, the statement read. In addition, the marine surveys for the new sections are scheduled to be completed by the end of this year.

“The significant investment by Facebook in 2Africa builds on several other investments we have made in the continent, including infrastructure investments in South Africa, Uganda, Nigeria, and DRC.  The COVID-19 pandemic has highlighted the importance of connectivity as billions of people around the world rely on the internet to work, attend school, and stay connected to the people they care about,” a Facebook spokesperson said regarding the company’s continued investment in Africa.

“2Africa will not only be an important element for advancing connectivity infrastructure across the African continent, but it will also be a major investment that comes at a critical time for economic recovery. With more and more people relying on the internet, subsea cables are a vital ingredient to ensure they always are connected to what matters. While Facebook invests in submarine cables to provide better experiences for people using our products, our investments drive a more cost-effective internet for all.”

Galaxy Z Flip 3: price, best deals, and where to buy