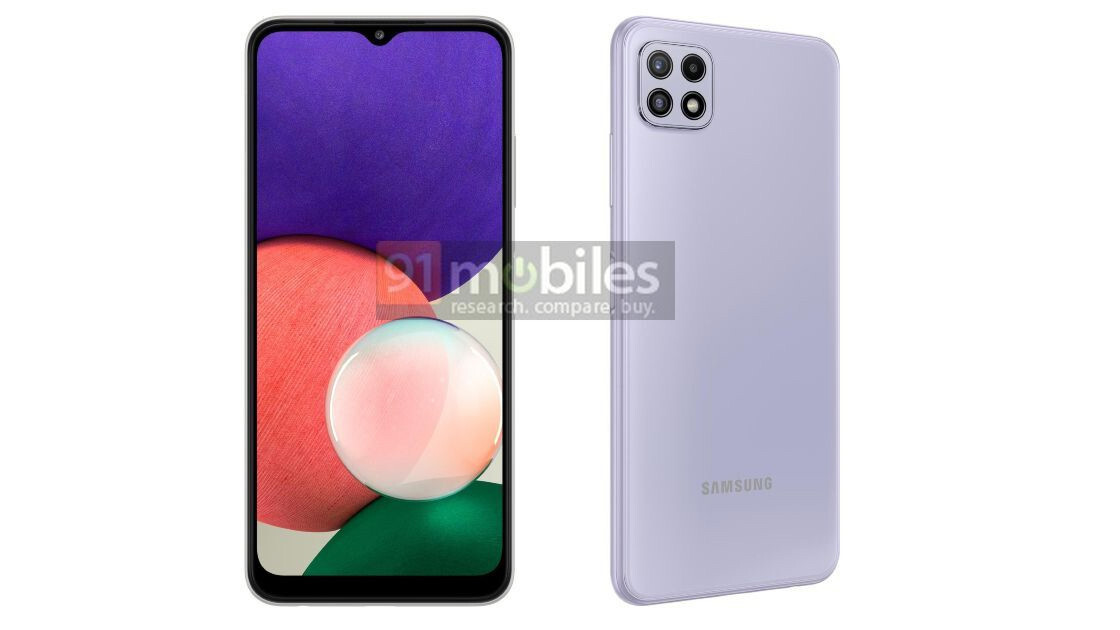 The €279 Galaxy A32 5G is a decent smartphone for anyone looking to gain access to 5G networks. But if that phone’s still a bit on the pricey side, the upcoming Galaxy A22 5G might be the perfect budget 5G phone for you.

A Finnish retailer has listed (via SamMobile) the Samsung Galaxy A22 5G on its website for €182 without VAT. That means the final retail price with VAT included could be around €219-229.The release date is listed as Friday, June 11, so hopefully it won’t be too long until we know whether the price is correct. If it turns out to be, the Galaxy A22 5G will be one of the most affordable phones with 5G in Europe.

The device is expected to feature MediaTek’s Dimensity 700 chipset and 4GB of RAM as standard, although the storage count is unknown. Also part of the package is a 6.4-inch LCD display and side-mounted fingerprint scanner.

To ensure users can take advantage of 5G networks without worrying about it draining the battery, Samsung is reportedly including a massive 5,000mAh cell. Some form of fast charging support is likely.

Last on the list of features is a triple-camera setup. A 48-megapixel sensor acts as the primary shooter, though unspecified 5-megapixel and 2-megapixel cameras are also included alongside an LED flash.