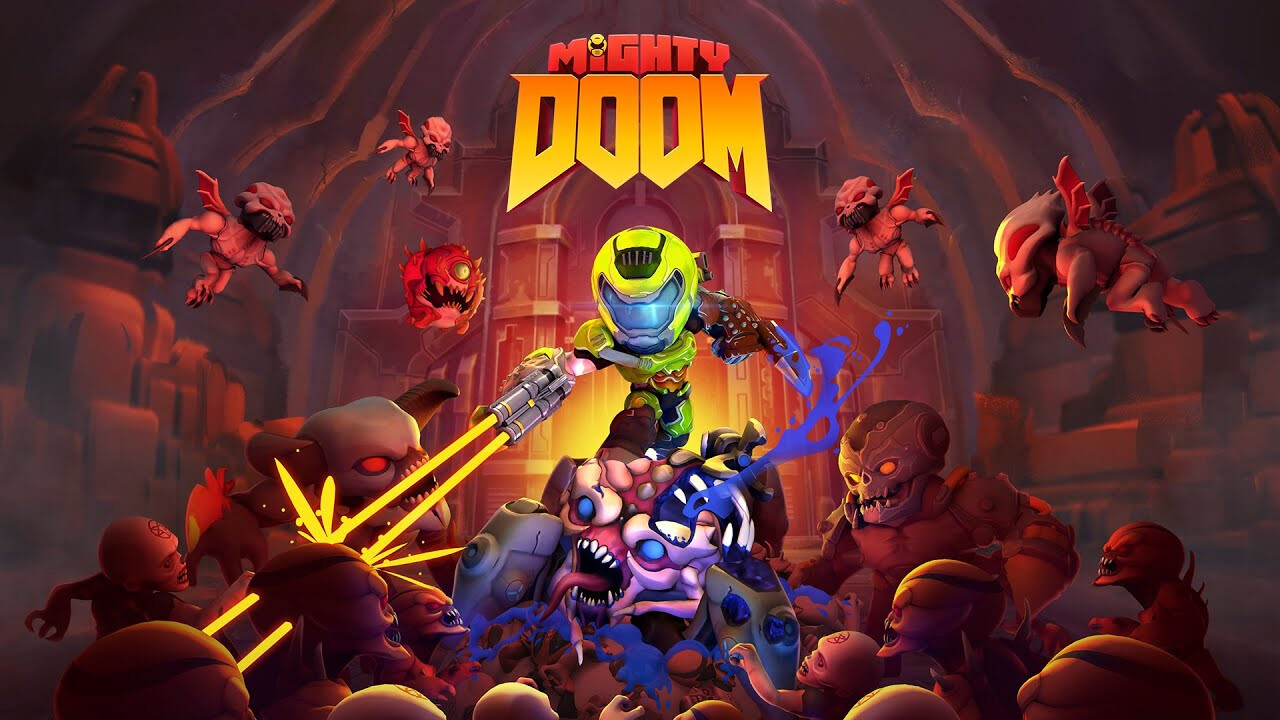 And because everything has to be mobile these days, Bethesda has released a DOOM spin-off for smartphones. The game is called Mighty DOOM and brings the demon-slaying carnage straight to your phone.

Granted, you don’t get the immersive 3D experience that DOOM games are known for, but shooting from a top-down perspective is just as fulfilling and fun. You can level up your cute little demon slayer and equip him with a variety of weapons, including some iconic entries from the DOOM universe such as the Plasma Rifle and Rocket Launcher.

There’s a fusion mechanic that upgrades your equipment and allows you to craft legendary gear. The gameplay itself is fairly simple – you move your character with one hand and tap-to-shoot. The game is free but for the moment it’s available only on the Android Early Access program. You can check it out on Google Play if you meet the requirements. Given the state of development of the game, we expect a full release very soon. There’s no information about a potential iOS port at this moment.

Anker launches an ‘AI-powered’ webcam for $130 in the US, UK