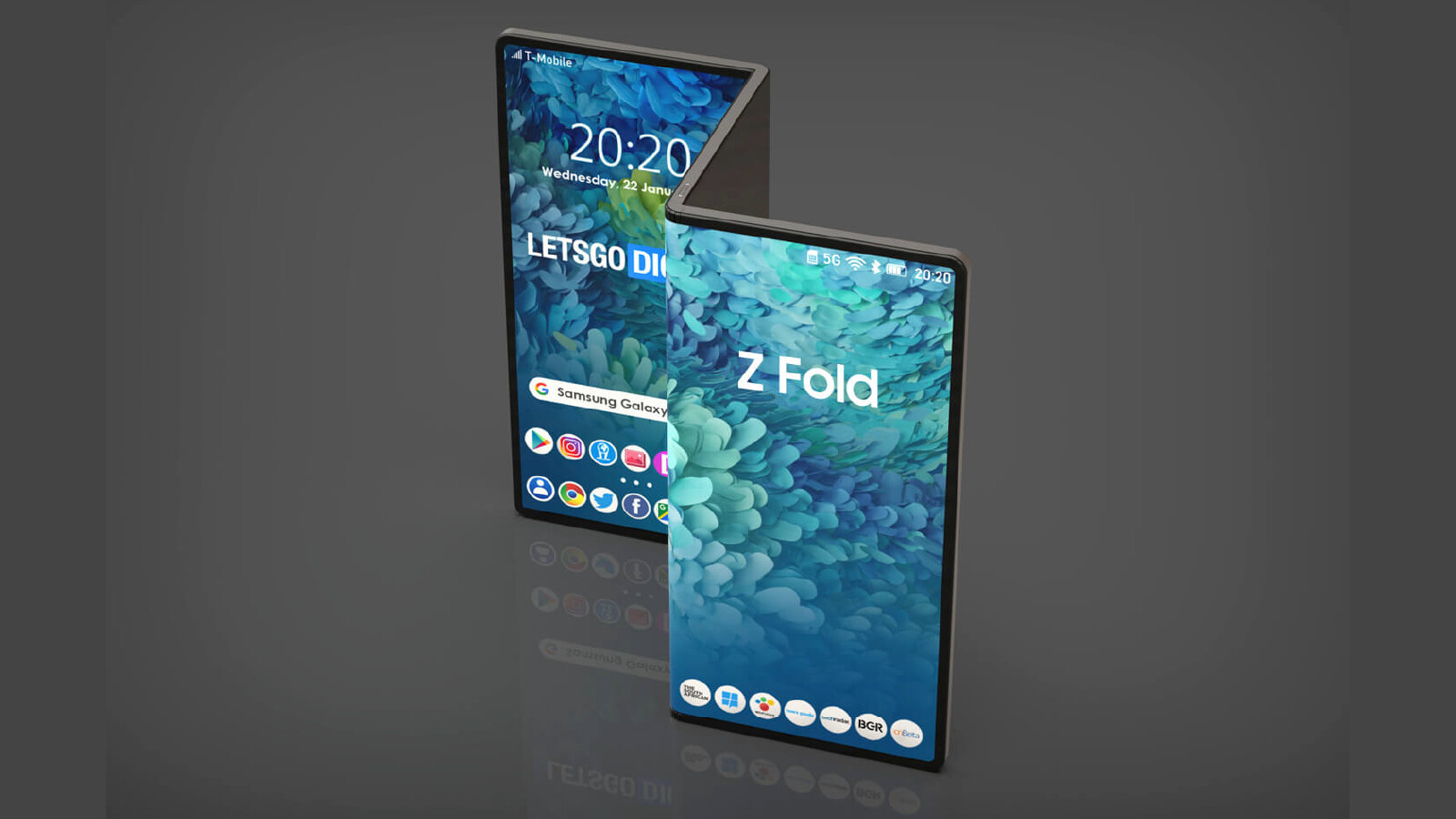 Samsung has consolidated its foldable smartphones under the Z lineup and there is growing evidence that the range will expand to include foldable tablets in the future. A recent report said that the company plans to release a bendable tablet called Galaxy Z Fold Tab next year and a new trademark application supports the rumor.
Let’s Go Digital reports that Samsung filed a trademark with the European Union Intellectual Property Office (EUIPO) on April 23 for ‘Samsung Z Fold’. Although the application is scant on details, it has revealed that the moniker is meant for smartphones and tablets.

The device is expected to be a dual-hinged tri-fold tablet.
Samsung was previously said to be working on a dual-folding smartphone and it’s not clear if it is distinct from the Z Fold Tab. That device was rumored to come with an app-friendly design.
The company’s first foldable tablet will reportedly be released in the first quarter of 2022, alongside the Galaxy S22 series. There is also a possibility that it will be previewed at the July Galaxy Unpacked event where Samsung is expected to unveil the Galaxy Z Fold 3 and Z Flip 3.
The Z Fold Tab will supposedly have a sturdier Ultra-thin Glass (UTG) than the existing models, presumably because it will be compatible with the S Pen stylus. It already sounds like a contender for the best Android tablet.

That’s all we have on Samsung’s rumored foldable slate so far.

What the MasterClass effect means for edtech – News