Playbook, which aims to be the ‘Dropbox for designers,’ raises $4M in round led by Founders Fund – News

When Jessica Ko was head of design at Google and then Opendoor, she realized that her teams spent about 90% of their time digging around Dropbox looking for assets.

In many cases, they’d find older versions. Or they couldn’t find what they were looking for. Or even worse, they’d accidentally pick the wrong asset.

“It was such a chaotic process,” Ko recalls. “Anyone could go in and alter things and change folder structures around. It was a total mess, and just continued like that because there was no alternative.”

As Opendoor grew in size, the problem became an even bigger one, she said.

“Designers were quitting because it was giving them so much anxiety,” Ko recalls. “Dropbox hadn’t solved it yet. Google Drive was not a good alternative either. Designers deal with files the most, and we’re exchanging files constantly.”

Besides the frustration and stress the problem of file storage and sharing caused, not being able to locate the correct assets also led to errors, which in turn led to lots of money lost, according to Ko.

“We spent a lot of money on photo shoots because we couldn’t find new things, or people would have to recreate designs,” she said.

On top of that, she said, designers weren’t the only ones who needed to access the assets. Finance teams were constantly needing them for things like creating pitch decks.

So in 2018, Ko left Opendoor to set about solving the problem she was tired of dealing with by creating file storage for modern design workflows and processes. Or put more simply, she wanted to build a new kind of cloud storage that would serve as an alternative to Dropbox and Google Drive “built by, and for, creatives.”

In early 2020, Ko (CEO) teamed up with Alex Zirbel (CTO) to launch San Francisco-based Playbook, which she describes as the “Dropbox for designers,” to tackle the challenge. And today, the startup has emerged from stealth and announced it has raised $4 million in a seed funding round led by Founders Fund at a $20 million post-money valuation.

Other investors in the round include Abstract, Inovia, Maple, Basis Set, Backend, Wilson Sonsini and a number of angels including Opendoor co-founder and CEO Eric Wu, Gusto co-founder Eddie Kim and SV Angel’s Beth Turner.

The first thing Playbook set out to do was attempt to reinvent the way folders exist for assets, with subfolders underneath. And then, the company set about trying to change the way people share files.

“Since so much is done over email and Slack these days, version control becomes even more difficult,” Ko told News. So Playbook, she said, has built a storage system that can be accessed by all parties as opposed to just sending files via different channels.

“For years, these assets have been dropped into what feels like a file cabinet,” Ko said. “But these days, sharing assets is much more collaborative and there’s different kinds of parties involved such as freelancers and contractors. So who is managing these files, and controlling the versions has become very complex.”

Playbook offers 4TB of free storage, which Ko says is 266 times the free version of Google Storage and 2000 times that of Dropbox. The hope is that this encourages users to use its platform as an all-around creative hub without worrying about running out of storage space. It also automatically scans, organizes and tags files and has worked to make it easier to browse files and folders visually. 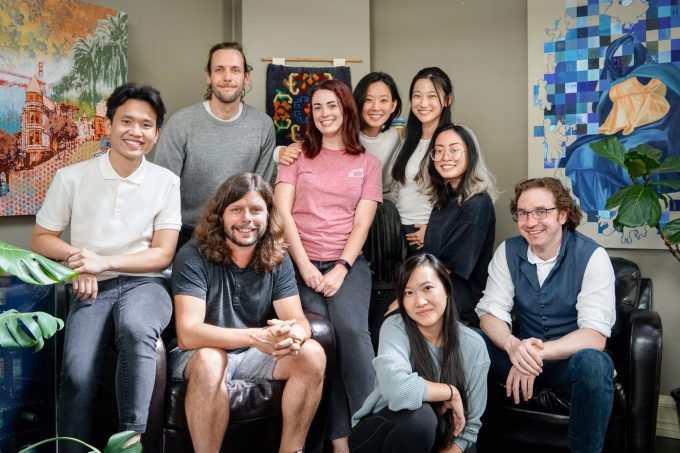 In March, Playbook opened a beta version of its product to the design community and got about 1,000 users in two months. People continued to sign up and the company at one point had to close the beta so that it could manage all the new users.

Today, it has about 10,000 users signed up in beta. Early users include individual freelancers to design teams at companies like Fast, Folx and Literati.

The 7-person company wants to focus on getting the product “right” before attempting to monetize and launch to enterprises (which will likely happen next year), Ko said.

For now, Playbook is focused on the needs of freelancers. The company believes that the exponential growth of freelancers post-pandemic means “cloud storage needs to be smarter.”

“We want to first solve that use case, and unlock the problem from the bottom up,” Ko told News.

Also, another strategy behind that initial focus is that freelancers can also introduce Playbook to the companies and enterprises they work for, so the marketing then becomes built into the product.

“They can transfer assets and files through Playbook to their clients, who tend to adopt,” she said.

Today, Playbook is helping manage over 2 million assets and says it has “hundreds of waitlist sign-ups” every month.

Looking ahead, Zirbel said the startup wants to branch out into image scanning, similarity, content detection, previewing and long-term cloud storage and tons of integrations.

“There are lots of interesting technology challenges when you focus on the creative side of cloud storage,” he said.

Founders Fund’s John Luttig said when the firm first met Ko and Zirbel last year, it was “clear that they had a depth of understanding and thoughtfulness around file management” that his firm hadn’t seen before. Plus, in his view, there has been very little innovation in cloud storage since Dropbox launched in 2007.

“The product leverages modern design, collaboration principles, and artificial intelligence to make file management much faster and easier,” he wrote via email. “Given their design-centric backgrounds, they’re extremely well-positioned to rethink the user experience for file systems from the ground up.”

Playbook, he said, is able to leverage recent advancements in computer vision and design “to build a far better product to manage and share files.”