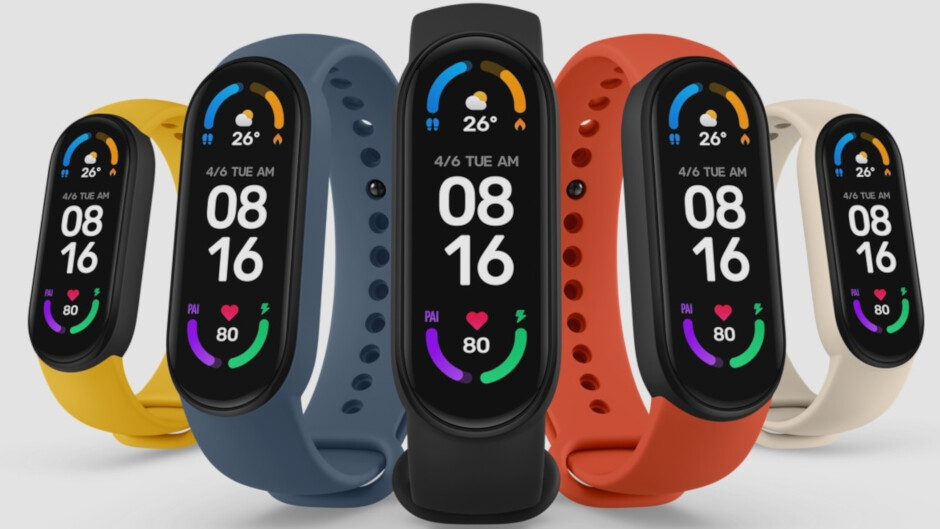 Last week, the Xiaomi Mi Smart Band 6 was introduced. With 120 million units of the Mi Band series sold since 2014 when the first unit was rung up, the Mi Smart Band 6 features a Full Screen color display. The AMOLED screen weighs in at 1.56 inches, 50% larger than the display on the Mi Band 5. Besides the usual heart rate monitor, the newest version of the device includes a Blood Oxygen monitor that measures how well oxygen is saturating red blood cells. This is a feature that was added last year to the Apple Watch Series 6.
The Mi Smart Band 6 now tracks 30 different activity modes so pretty much any activity that you can think of can be tracked by the device. Similar to last year’s models, the domestic version of the band does offer NFC to support a mobile payment service. The global version of the wearable will not include this feature. The price, translated to U.S. Dollars, is $53 although it could be a little higher depending on the retailer.
Xiaomihas released a new video to mark the introduction of the Mi Smart Band 6; it shows rectangular shapes (like a tennis court) turning into the oblong design of the iconic fitness tracker’s display. We also get to see the different color options for the Mi Smart Band 6: black, blue, orange, olive, ivory and green.

The device has been a big hit for the Chinese manufacturer since the original generation model was released. Like much of the fare offered by the company, the Mi Smart Band delivers value for money. And it also is one of the few products from Xiaomi that can be purchased by those residing in America through Amazon and some other online retailers.