Why companies and brands need to tune in – News 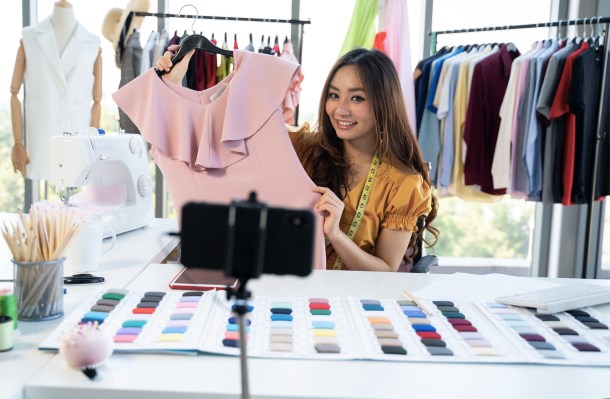 Alanna Gregory is a marketing executive and is currently senior global director at Afterpay. Previously, she was VP at Hairstory, the founder and CEO of VIVE Lifestyle, and was an AVP at Barclays.
More posts by this contributor

What comes to mind when you think of livestreaming? In the U.S., most people would name their favorite celebrity leading a Q&A on Instagram or a gamer doing a speedrun on Twitch.

Livestream e-commerce has taken off in China in the last few years and is expected to yield more than $60 billion this year. In 2019, 37% of online shoppers in China (a cool 265 million people) made purchases on livestreams — and that was well before quarantine. In 2020, it’s estimated to have reached around 560 million people.

Starting to see a trend? The big U.S. companies have noticed, and they’re jumping on the bandwagon faster than you can say, “Swipe up to buy now!”

Last December, Walmart livestreamed shopping events on TikTok. Amazon released a live platform where influencers promote items and chat with customers. Instagram launched a Shop feature that encourages users to browse and buy within the app. Facebook also kicked off Live Shopping Fridays for the beauty and fashion categories.

“It’s an entertaining way for shops to tell the story behind their products. It brings buyers closer than ever to their favorite creators and allows them to have a voice in the conversation.”

Startups are growing fast to keep up with the heavy hitters — PopShop.Live raised $20 million to let people buy everything from books and toys to jewelry from sellers who livestream their offerings, and Whatnot raised a $50 million Series B, largely to expand its livestream commerce infrastructure. There’s also a burgeoning category of SaaS tools such as Bambuser, which is working with brands like Klarna to test native livestream shopping directly within branded apps.

At this pace, retailers will all welcome livestream commerce teams like they have influencer partnerships in recent years. It’ll just be part of the digital equation to stay competitive and relevant in the future of marketplaces and e-commerce.

From B.C. to 5G: The evolution of shopping

What is old is new again. Your grandparents spent years watching QVC because it balanced the experience of speaking with an associate with the convenience of their retirement community’s TV room. Livestream is today’s version of “shoptainment,” where hosts showcase products dynamically, interact with their audiences and build urgency with short-term offers, giveaways and limited-edition items.

Now, with livestream commerce, hosts can form deeper customer connections and answer questions in real time. It’s a new standard of communication that holds a longstanding truth from Istanbul’s Grand Bazaar to smartphones: People shop to kill time and are more likely to buy when they feel connected with a salesperson.